Just thought I'd pass along another great deal from Snapfish: 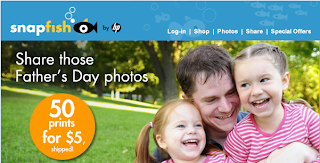 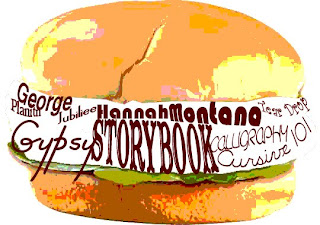 How many of you remember the old Wendy’s commercial “Where’s the Beef?” where the little old lady goes to the burger joint and winds up with a big fluffy bun and not much else? Some days, that’s the way I feel about my Cricut – there’s just no substance to it any more…no meat. It promised to be the next big thing in die cutting letters for titles in my scrapbooks, and I happily gobbled up whatever fonts I could get my hands on. Unfortunately, the answer to all my title problems has instead become a cartoonish collection of silly images and shapes that may look cute, but really aren’t very useful at all.

Don’t get me wrong…I love my Cricut. I own 32 cartridges of some of the cutest fonts, images, shapes, and graphic designs I could ever imagine. I use my Expression all the time and am slowly developing a gentle friendship with my Gypsy handheld. I cut out all kinds of cute shapes and letters for my scrapbooks, cards, posters, even a stencil for a Boy Scout cook box. But let’s face it -- it’s just not the title and letter cutting machine that it was made out to be.

For those of you unfamiliar with the history, the Cricut was first introduced in May of 2006 as an answer to Xyron’s Personal Die Cutting System and the Wishblade. It was marketed primarily to scrapbookers and crafters for cutting lettering and fonts for titles, posters, and journaling. Its main selling point was that it was several hundred dollars cheaper than the Xyron’s Wishblade and it did not require a computer for use. It also boasted a catalog of font and shape cartridges that promised infinite flexibility through adjustable sizing and optional features on each cartridge -- all for about the same price (or less) as a traditional die-cut font set such as the QuicKutz, Sizzix, and Accucut fonts that were popular at the time. The Cricut Personal Electronic Cutter was a smash hit and was soon followed by the Cricut Expression machine, which offered even more flexibility and options, as well as the ability to cut paper in sizes up to 12” x 24.

I got my Expression in 2008 as a birthday gift from my husband, and I immediately spent every bit of extra money I had, including several gift cards, to buy fonts for it. My favorites were the original Plantin Schoolbook, Storybook, Opposites Attract, and (eventually) the Hannah Montana font. What all these cartridges had in common was that they were all font-based cartridges, often with multiple options for different styles of lettering, and while all of them have at least some shapes on them, the images and shapes were not the purpose or main focus of the cartridge. These cartridges are still my go-to cartridges when I need a nice font quick. They represent a nice variety of styles that fit just about any occasion. But still I want more. 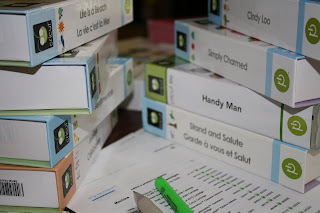 Of the 32 cartridges I own, about half of them contain a font of some sort. The others were either gifts (most of them) or were purchased for use on a specific project (Handy Man, 50 States, Destinations, Stand and Salute) and whenever I see that Provo Craft has released new cartridges, the first thing I look for is more fonts. At the time of writing, Provo Craft has released 283 cartridges, which averages to more than 55 new cartridges a year for the past five years. Sadly, other than a few Walmart-exclusive “Lite” cartridges, there has not been a single font cartridge released in almost two years.

So what happened? Why has Provo Craft abandoned the font lovers in favor of sickeningly sweet cuteness in the form of smiling watermelon images, cuddly critters, household objects, and holiday shapes? Why are we now reduced to going back to our traditional die cutting systems for new fonts, or worse yet, investing in a new system altogether? Is it time to revisit the Wishblade or the Silhouette? Many scrapbookers have turned to Craft Edge, the makers of Sure Cuts a Lot, for the answer.

Sure Cuts a Lot (SCAL) is a software program that enables Cricut users to use any TrueType font, SVG (Scalable Vector Graphics) file, or even your own drawing without requiring an additional cartridge purchase[i]. I haven’t used SCAL, but I’m definitely intrigued. I’ve been a collector of fonts since the late ‘80’s, and have used them extensively in my scrapbooks. Until now, the greatest drawback has been that I could only print those fonts. But if I could cut them out of paper, cardstock, or any number of other materials, well, then I would be a very happy camper!

The mere fact that this product exists demonstrates the obvious demand by Cricut users for more flexibility, and especially for fonts. Unfortunately, in response to the rise in sales of the SCAL software, Provo Craft did a really dumb and (at least to me) classless thing. Rather than accept the gauntlet that has been thrown, rising to the challenge and meeting the demands of their users by introduce more fonts and more flexibility, or better yet, by adding TrueType functionality to their existing (and popular) Design Studio software and Gypsy handheld devices, they decided to sue Craft Edge. Filing suit in January 2011, Provo Craft seeks to end distribution of the SCAL software based on alleged violations of their copyright[ii].

The controversial move has outraged many avid SCAL fans and Cricut users, and has been perceived as unjust, juvenile, bordering on the equivalent of siblings in the back seat of the car yelling, “He’s looking at me!” That Provo Craft would take this stance is quite a slap in the face to the thousands of Cricut users who have been begging Provo Craft for these options for years. It is obvious that Provo Craft is not interested in what its customers want or need, and that they are little more than a big bully on the playground insisting that everyone play the game their way.

Provo Craft needs to change their attitude if they expect me to keep buying their products. Start listening to customers. Stop beating up the little guys. Let the customers choose the way they want to play. Put some real meat in your products, not just silly fluff and big buns. That reminds me of another burger slogan, one that Provo Craft should adopt -- Burger King’s “Have it Your Way” campaign. Imagine being able to turn on your Cricut machine and cut out any letter, any shape, in any style or size that you could imagine. Now THAT would be something I could sink my teeth into!

Have you ever wanted to learn about Copic Markers? Do you want to take your stamping skills one step further? Want to learn something new AND contribute to a great cause? Then join us Wednesday, May 25th at 7:00 pm for a beginner Copic Marker class taught by Frank Vento! Registration is just $30 and Crafty Neighbor will donate $15 for each registration to the Susan G. Komen 3-Day Walk Team "Ta-Ta Sisterhood".
Registration is open until 11pm, Monday, June 13th. Don’t miss out on this unique opportunity! 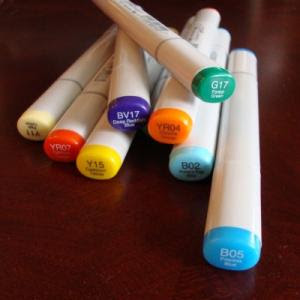 Are you interested in learning the basics of scrapbooking? We are considering scheduling a few more beginner classes this summer. If you are interested in taking this basic scrapbooking class, please email us! Here’s what we cover:

This workshop covers archival preservation of memorabilia, photos, and documents, tools and supplies, as well as beginning scrapbooking and creative presentation techniques. In this class, you will complete 1-2 layouts to get you started. We'll also show you some simple steps to keeping all your stuff organized.

Join us for a fun all-day crop at the Crafty Neighbor Studios! Meet fellow scrapbookers, catch up on your projects, and find out what Crafty Neighbor is all about! Light refreshments will be provided and we are close to many delivery and take-out food sources. The cost is just $5, and space is limited, so you MUST pre-register for this event.

We still have a few cabins left on our 4th Annual Scrapbookiing Cruise. Join us October 9-16 as we sail from Galveston to the ports of Montego Bay, Jamaica, Grand Cayman, Cayman Islands, and Cozumel, Mexico. Prices start at less than $100 per day! See our website for more details! 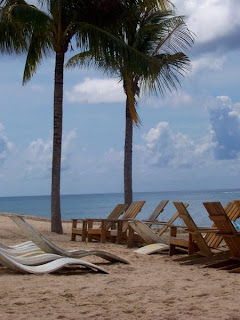 Cruise Payments DUE
Remember that your June cruise payment is due this month. Contact Cindy or Pam for details.
For more information about these and other events, please visit our website at http://www.craftyneighbor.com