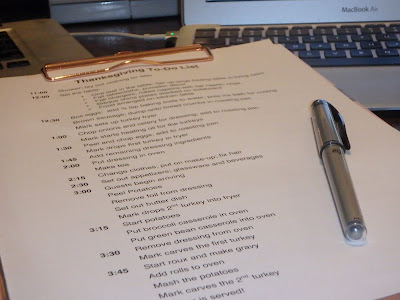 I guess you could say I have a bit of OCD; I like everything to be planned to the last detail and everything to be arranged in a neat and orderly fashion.  Over the years, I’ve learned that everything just goes so much smoother and most of the stress is eliminated when I can set a schedule and stick to it. Some of the events that I host have been using the same basic format and schedule for ten or more years.  I found a formula, and I stick with it.  I don’t think I could operate any other way.

This hasn’t always been the case.  Yes, I always wanted to be organized and efficient, but it just didn’t happen.  Take Thanksgiving, for example. I would get up Thursday morning and have this huge laundry list of food that needed to be cooked, rooms that needed to be cleaned, tables that needed to be set…you get the picture.  I felt like a chicken running around with my head cut off, and my poor family…we’ll let’s just say they tried very hard to stay out of my way, and when they couldn’t, they would find themselves tasked with something they hadn’t planned on doing.  Then my daughter, Christen, and I came up with an almost foolproof plan one year that has worked very well ever since -- we planned everything in reverse.

The idea was really Christen’s to start with, when she asked, “What time do we want to eat?”  From there, we were able to work our way backwards through the myriad tasks, delegating each to a timeslot (usually with a built-in time cushion), and instantly, we knew exactly what had to get done and when we needed to do it. It was like the sunrise dawning on the first day!  From then on, we planned every event to the last detail, working our way backwards through all the prep work, until there was really no doubt about what needed to happen.  Having that list is a safety net, so that I don’t catch myself panicking because I forgot to boil the eggs for the dressing, or the guests are arriving and the table hasn’t been set.  We’ve also added to the list over the years; we included my niece in the planning, stretched the planning to include the entire holiday season (right through New Year’s Day), and even started prepping some of the food a day early. 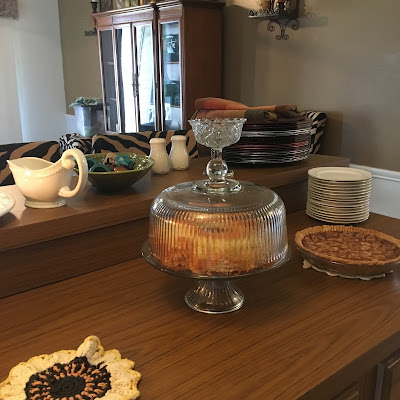 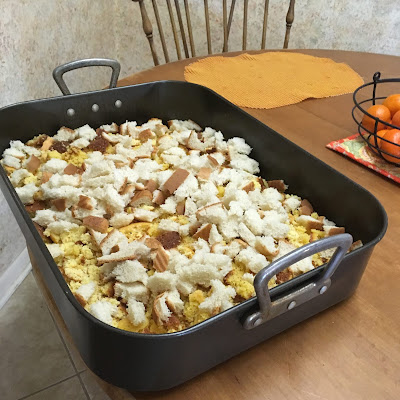 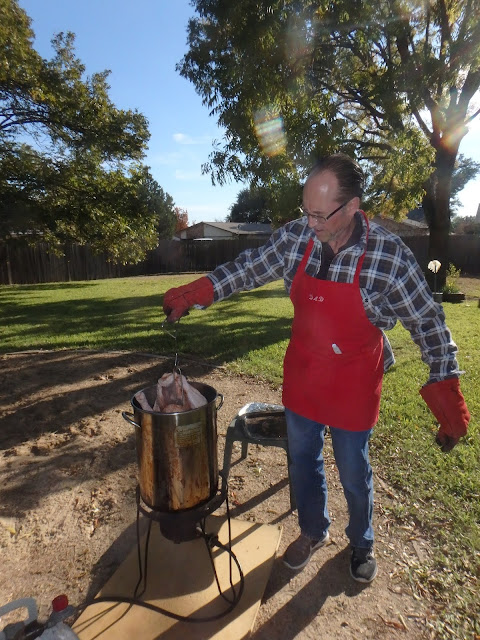 Don’t get me wrong; I still get off schedule.  This year, dinner was a full hour late.  Even though I cooked all my cakes and pies the day before, I was up into the wee hours Wednesday night cleaning up my living room and dining room; my son, Steven moved last weekend, leaving behind boxes and piles of useless stuff he didn’t want or need any more.  In the mean time, my niece, Ashley, moved into his room, and we had piles of things to go to the shed, boxes to be donated, and more personal items that still needed to be put somewhere.  I did what I could Wednesday night, and then got up Thursday morning and started on it again with help from my hubby (Mark) and Ashley.  It put us behind schedule, but we pulled it off, and when the earliest guests started arriving, we put them to work, too, finishing the set-up on the tables, peeling potatoes, and arranging trays of appetizers.  It all worked.  No one complained they were starving, and I happily went on with my very well planned To-Do list, knowing exactly what needed to happen and in what order, albeit an hour later.  It was almost entirely stress free, even when the gravy boiled over (twice) and the dressing wasn’t browned on time. 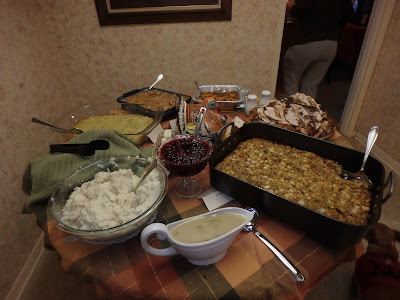 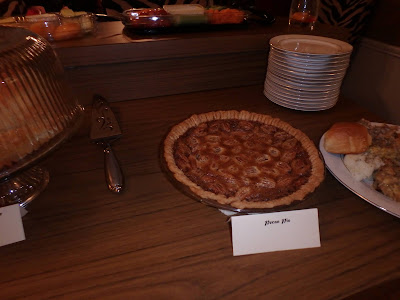 Now I’m super excited about the rest of the holidays. I met with Christen and Ashley last Monday, to plan out the entire holiday season, and my next project is to turn all of it into an annual “Holiday Planner” for my family, complete with recipes, schedules, guest lists, gift ideas, decorating and crafts, and more.  I plan to set it up in a Happy Planner of some sort, with sections for each holiday, and subsections for all the lists I need to keep.  I’m thinking the lists themselves will be a combination of pre-printed forms and lists, Project Life pocket pages, hand embellished scrapbook-style pages, December Daily, 30 Days of Gratitude, New Years Resolutions, and more. I want it to be something that not only lets us plan and enjoy our holiday season, but also to reflect on it year after year.

So watch for bits and pieces of my holiday planner to show up here on the blog throughout the next few weeks, and hopefully I’ll do a final flip-through after January 1st.  Until then, keep crafting!

Posted by Crafty Neighbor at 10:29 PM No comments: